YEs, this is a mural based on the famous Ringo song.

I was approached by an old freind and supporter to make this mural on his property in the heart of Springfield. He has a garden, a skate park, (the world’s oldest), bee hives with dope honey, and several punk rock shows going on at random times. There are more details to George’s life, but he deserves a book. I am sure he will be a great addition to the history of this town.. so I would do anything he asked… he has helped me so many times. He also is one of the most stand up and honest guys I know. The fact he trusts and likes me says more for me than I could ever.

Being that I have my own lift now, I am able to make several murals in a very fast and proficient way.  So while I am making my historic mural for the city, I head over to Skank Skates to work on this when it is too hot to work on the others. Plus he and his girlfriend feed me the best food grown from the garden they tend in the middle of town. 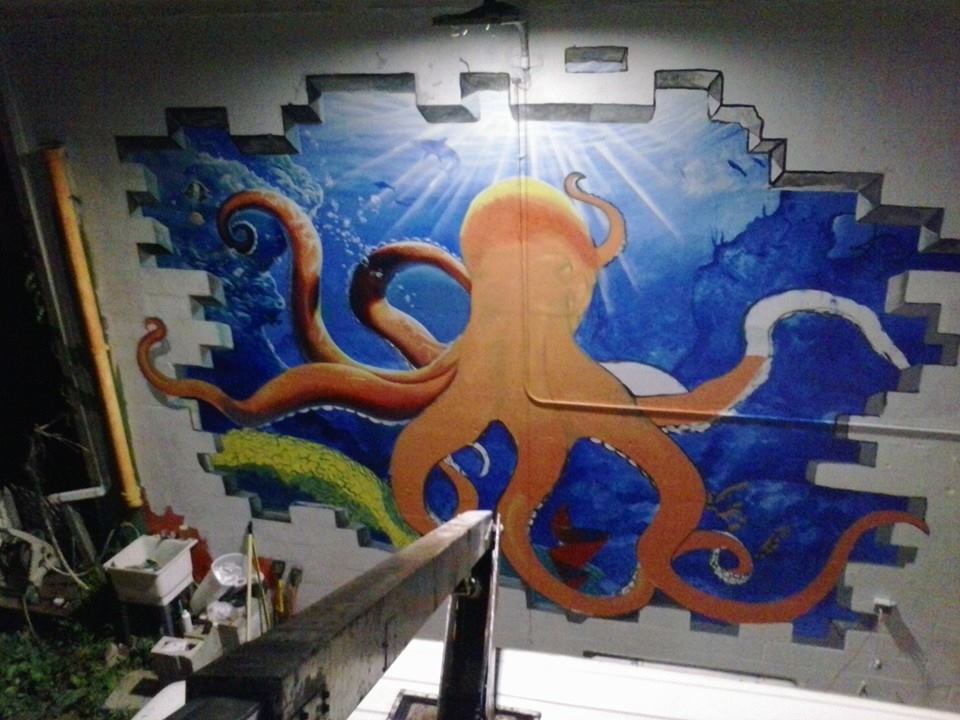 Here is a picture of the painting so far. I will be done with this mural this week and hope to have prints available when I have time to get a good photo.